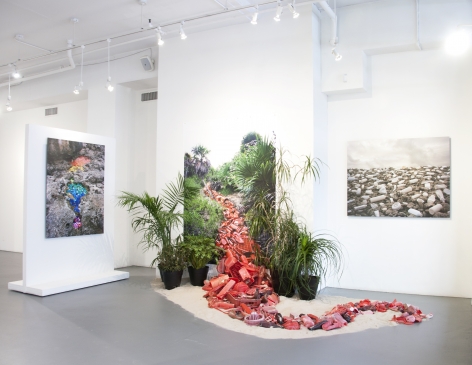 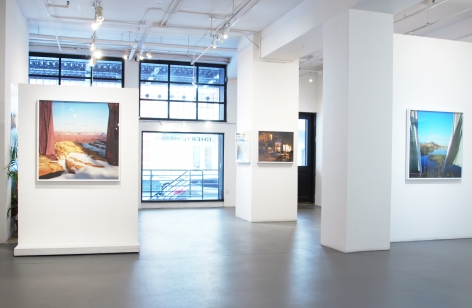 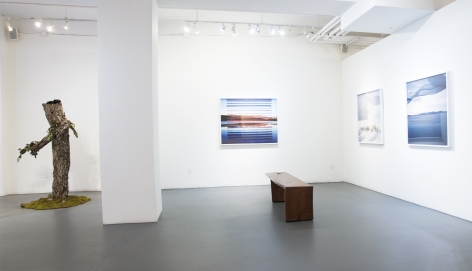 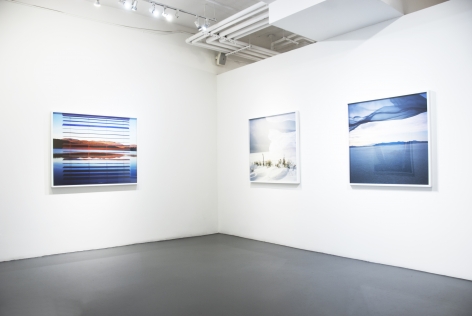 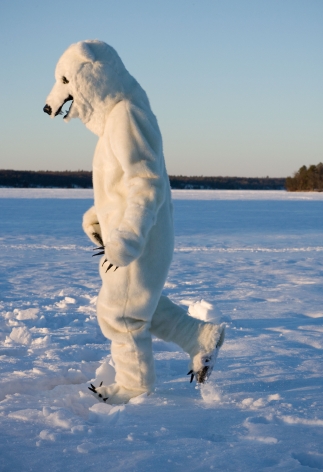 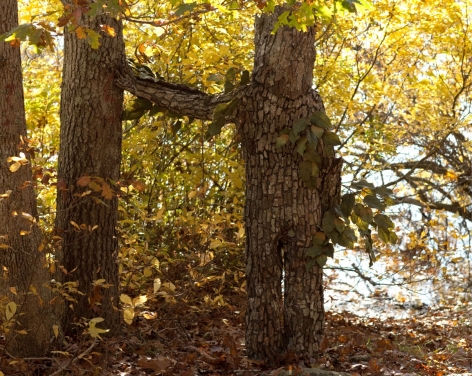 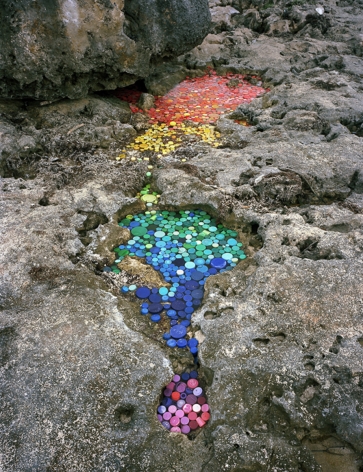 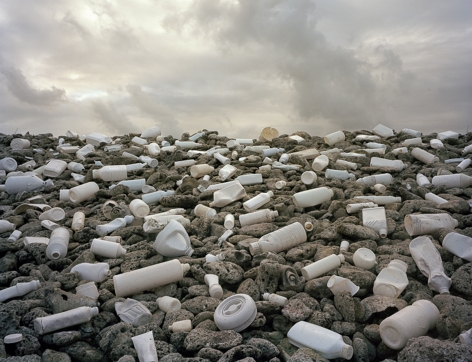 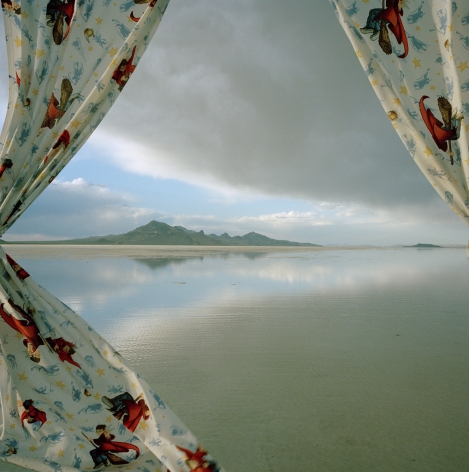 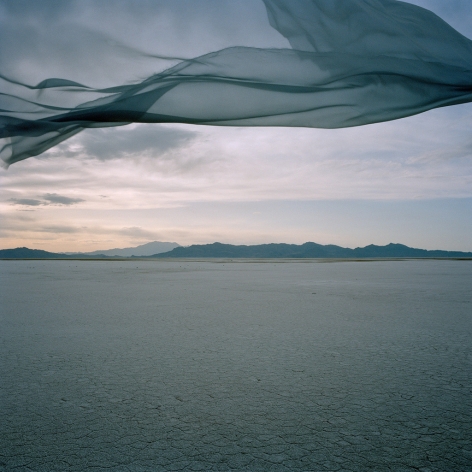 Through the medium of photography, four artists question and, at times, challenge the distinction between domesticity and wilderness.  The works on view establish complex, foreboding realities within innately familiar worlds.  Accomplished through the tailoring of each artist’s repertoire of setting and aesthetics, the selection of work embodies the emotive potency of the show’s namesake.

The relationship between communities and landscape is further memorialized in the wind-swept images of Rebecca Reeve.  Vast landscapes are infused with the tactility of domestic settings.  Her use of window dressings, sourced from the communities where her images are captured, poetically tie culture and human experience to the natural landscape.  The floral patterns of a second-hand curtain feel as much a part of the landscape they frame as the reeds sprouting from the marsh.

The lush landscape of the Yucatan is the guiding hand behind the vibrant compositions of Alejandro Durán’s series Washed Up.  Shot in Sian Ka’an, a UNESCO World Heritage site and biosphere reserve in Mexico, the project depicts the pervasiveness of the environmental impact of modern consumerism.  Durán’s methodical use of form and quantity presents landscapes of debris with the fluidity, and more significantly the power of water itself.

The photographs of Benjamin Heller, closely intertwined with his work in sculpture and performance, thrive on the evocative power of a self-contained narrative.  The only glimpse of figurative representation in the exhibition, the works by Heller are emblematic of the artist’s interest in moments of intimate transformation.  His figures appear in theatrical suspension, caught in moments of reconciliation with their surroundings.

In the series, Evolutionary Decadence, the photographs of Pat Swain explore the ominous, phantom-like presence of plastic bags strewn on massive landscapes, in this case Mount Ainos, Kefalonia, Greece. Here, the plastic forms are emphasized, calling attention to their menacing and unearthly existence ‘evolving’ in our environments.

Alejandro Durán received En Foco’s New Works Award and was included in the Bronx Biennial of Latin American Art in 2012. He has exhibited his work at the Galería Octavio Paz at the Mexican consulate in New York and he was Hunter College’s Artist-in-Residence for 2014-15. His solo show, Washed Up: Transforming a Trashed Landscape, was exhibited at Hunter’s East Harlem Art Gallery in 2015.

Rebecca Reeve was born in London, England. She received her Bachelor of Fine Arts degree at Bath Spa University and a Masters of Visual Arts at the University of South Wales, Australia. Her photographs have been exhibited nationally and internationally including La Biennale de Montreal, (Canada), Freies Museum, Berlin, (Germany), Museum of Latin American Art, (Buenos Aires), EFA Project Space, (NYC) and the Masur Museum of Art, (Louisiana). In 2013, she was Artist in Residence at Everglades National Park & was the recipient of the Artist in Exploration grant underwritten by Rolex. In 2016, she will be Artist in Residence at Joshua Tree National Park. She lives and works in New York City.