Michael Porten is an interdisciplinary artist based in Savannah, Georgia, where he received a BFA in illustration and an MFA in painting from The Savannah College of Art and Design. His work has been exhibited in galleries in the U.S. and abroad, and has been discussed in publications such as New American Paintings, Oxford American Magazine, and the Metropolis Magazine online edition.

Michael's work is about exhausting the possible. He process consists of taking an idea and exploring its variations and combinations in sketches and on his computer, then pushing it through as many physical, painted, printed or sculpted variations as necessary until it reaches a state of maximum aesthetic density.

The visual result of this exhaustive approach tends to be a series of repetitions. Not only do the individual artworks contain a lot of repetitious elements—patterns, variations of a form or color, and so on—but many times each painting unfolds into a series, with each possible arrangement or organization taken to different conclusions. 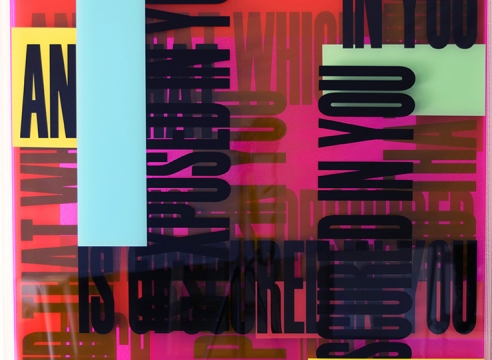